You Can’t Have A Climate Without The Sun! 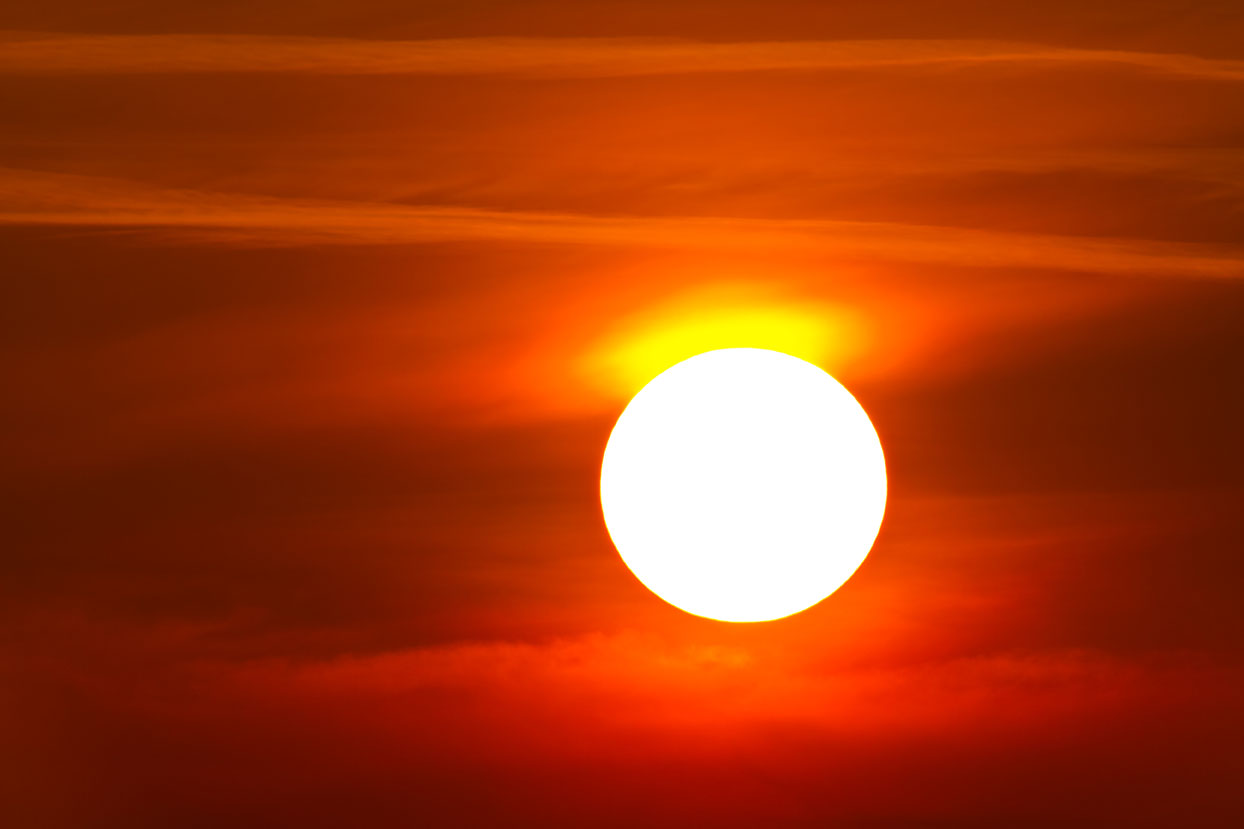 17 Dec You Can’t Have A Climate Without The Sun!

The Sun is responsible for the climate on this planet.  Period.

Somehow, though, in the ever-changing discussion about global cooling…then global warming…then climate wilding… and now climate change…the sun gets overlooked.  That’s because some “climate science” these days is intellectually dishonest in so many ways.  It has taken decades of propaganda to entice people into forgetting about the sun and focus on carbon dioxide, but it’s time to take the discussion back to the real world!

Let’s review a few facts about the Sun, and why it’s natural cyclical changes, are responsible for the changes to our climate.

The Sun is huge

Even though it appears to be about the size of a quarter up in the sky, the Sun is actually 1,300,000 times larger than Earth. It’s huge! Imagine standing next to a bonfire that large and blaming the heat on a guy standing nearby lighting up a cigarette.  It’s absurd, but that is the extent to which we have magnified the importance of carbon dioxide, and dismissed the relevance of the Sun.

Fortunately for us, Earth is at the right distance from the Sun so that the energy we receive here on the planet is the right amount to keep the planet habitable.

Solar Energy is not constant

Like any other star in the universe, the Sun does not supply the exact same amount of energy to us all the time. The radiant energy fluctuates for a variety of complex reasons.  Any minor change in the amount of heat we receive, has an impact on our weather patterns and the heat distribution around the planet. When the sun is energetic, Earth warms. And, when the Sun is quiet, we cool off.

In addition to the well known 11-year sunspot cycle, there are also solar cycles that have periods of 22, 87, 210, and 1,500 years.  There are changes in the sun’s energy and total irradiance that changes over the course of these cycles.  Since some of these cycles are longer than the span of a human lifetime, it stands to reason that we have never experienced some of the more dramatic changes that come with a colder sun.  During the Little Ice Age (1300 to 1850 A.D.) the Sun was very quiet and inactive. During that period, the climate was the coldest since the end of the last major ice age which was complete around 14,000 years ago. The Little Ice Age coincides with the 210-year solar cycle, which it appears we will repeat over the next 30 to 50 years. Recently, sunspot activity on the sun has become rare, and some solar physicists believe we are heading into another Grand Minimum similar to what happened during the Little Ice Age.  In other words, our climate may start turning colder again…it is actually about the time for the cycle to change and a colder phase to ensue.

Within a typical year, the Earth’s distance from the Sun varies by about 3 million miles. The Earth is closer to the Sun in January, and farthest away in July.  The planet is actually about 4° warmer when the Earth is farther from the Sun, but that’s primarily due to the tilt of the Earth and the fact that there is more land mass in the Northern Hemisphere. Land heats up much more quickly than water, so the more direct solar rays on the Northern Hemisphere in the June through August time period when the Earth is farthest from the Sun, is warmer than when the Sun is closer but shining more directly on the oceans of the Southern Hemisphere in December through February.

Think about that for a minute. There is an annual 4° fluctuation in the planetary temperature solely due to the change in the distance from the Sun to the Earth…yet we are constantly being warned of a catastrophic warming of the planet by a few degrees over the course of the past 150 years thanks to carbon dioxide! Once again, it’s silly.

Then there is the more complex Milankovitch Cycle which deals with the changes in the Earth’s orbit, tilt, and precession.  Over the course of hundreds of thousands of years, the Earth’s orbit around the Sun wobbles…the tilt of the planet changes…and the position of the Earth is opposite of what it is currently during the winter and summer months.  This cycle has a profound impact on the climate of this planet as well as glacier formation.

Remember: Climate is NOT Weather

Droughts, heat waves, cold snaps, and other wild weather phenomena are related to short term weather patterns.  Unfortunately, these days, many people point to these events and claim it’s due to climate change.  Wrong!

As humans, we always use what has happened in our lifetime as a reference point to what is “normal”.  This phenomenon is called the “normalcy bias” and it can prevent us from understanding that we have been very fortunate to live in an epoch when this planet has been pleasantly warm and hospitable.

For us, “normal” has always been an Earth with polar ice caps, oxygen in the atmosphere, and a bit more than 70% of the planet covered in ocean water. But that has not always been the norm. In fact, some of the history of this planet’s climate may shock you!  There was a time when there was almost no oxygen in the air.  And, there have been thousands of years when there were NO polar ice caps!

The planet warmed about 50°F and the oceans rose between 400 and 500 feet when the last ice age ended nearly 14,000 years ago.  THAT is climate change, and it happened because our solar system was moving out of a dusty part of the Milky Way, and the amount of solar energy reaching Earth increased. By the way, CO2 levels were higher during the last Ice Age than they are now…in case you were wondering.

This short discussion about the Sun is just the tip of the iceberg (so to speak). Unless mankind can stop the Earth in its tracks…change the tilt of the planet back to 0°…and demand that the sun cease changing…there is no possible way to for us to have any impact on the climate of this planet whatsoever. Of course, we all want to be good stewards of this planet, but let’s focus on some real problems for a change. Instead of scaring our youth into believing the planet will come to an end soon, let’s give them some hope that things will be just fine, and they will have bright future ahead!