antarctica is on fire…or a slow day in the newsroom? 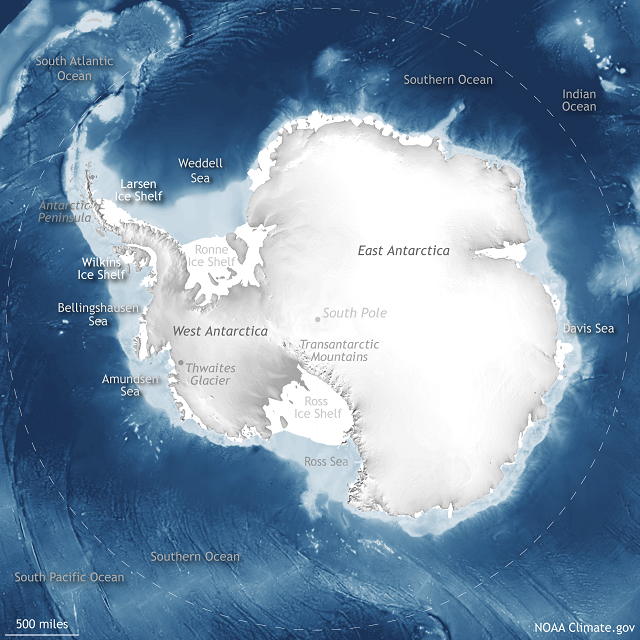 08 Feb antarctica is on fire…or a slow day in the newsroom?

Posted at 16:14h in Climate, Featured by Mike Thompson

Record heat recorded in Antarctica yesterday is now clear evidence of climate change! At least that is what this CNN story would lead you to believe!

As usual, this is just more evidence of “sound bite science” designed to frighten you into going along with the climate change alarmism that occupies a daily spot in our news!

Lets’ take a look at where this record heat on Antarctica happened. Esparanza base is out on the northern tip of Antarctica:

It is exposed to the south Atlantic Ocean…where there is currently a little flow of warmer than normal water between the southern tip of South America and the northern tip of the Antarctic Peninsula.

Weather maps from this morning show the wind flow across the Antarctic Peninsula coming from a high pressure area over the ocean, blowing warm winds across Esparanza Base:

And warmer air being pushed across the peninsula:

Plus, it is summer at Esparanza Base where the sun currently does not set…there is 22 hours of daylight and a few hours each day where the sun is on the horizon.

The bottom line is that this story is just another nothing-burger. A fleeting weather pattern caused the temperatures to spike for a day.  It has nothing to do with climate change.

By the way, there has been no significant loss of ice in Antarctica in case you were worried about that.  There are annual fluctuations in the amount of ice due to a variety of reasons including ice calving as icebergs flow off of the land and over the ocean…sublimation (ice turning directly into water vapor without passing through the melting phase… iceberg creep… ice melt at the base and underneath the glaciers where they come in contact with the earth…and volcanic activity, just to name a few.

And, CO2 levels actually tend to be lower near Antarctica due to the cold ocean water surrounding the continent that absorb the CO2 and reduces the atmospheric concentrations near that part of the world!

So, don’t worry…Antarctica is not on fire! It must just have been a slow day in the CNN newsroom!