sea level rise, or land mass sinking-which is it? 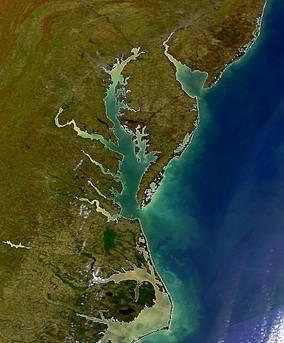 27 Apr sea level rise, or land mass sinking-which is it?

Posted at 20:32h in Climate, Featured by Mike Thompson

From time to time I have talked about the importance of the Milankovitch cycle on the climate of the planet. Dr. Jay Lehr does a great job of boiling it down in a recent article that shows the wide variations in the earth’s orbit that causes natural changes in the climate.

Changes in the climate happen over the course of thousands of years…which can easily give people the impression that the way things are now…are the way they have always been. And that is not the case!

One of the areas that is sometime a cause for alarm is the rise of the sea level. The simplistic view is that global warming is causing the polar ice caps to melt, and the increasing amount of water is causing the sea levels to rise. The truth is far more complex.

There are natural periods of warming and cooling. During the colder cycles of the climate, sea levels recede. During the warmer periods, the sea level does in fact rise. The current rise began over 150 years ago when the earth was emerging from the Little Ice Age and the series of deep solar minimums that caused significant global cooling from around 1200 to 1850.

Since 1900, the rise has been about 7 to 8 inches. Certainly not catastrophic. Currently, estimates indicate an annual change of just under 2 millimeters…or about 0.06 inches per year. In other words, 1 inch about every 15 years. But that rate will not continue in perpetuity. At some point we will start another global temperature decline and the sea levels will start to reverse the trend as ice begins to accumulate.

Recent trends indicate this may already be underway as the amount of snow has increased over the northern hemisphere over the winter that recently came to an end.

And the sun has become very quiet at solar cycle 24 has come to an end.

All this points to more water being sequestered in the form of ice whenever the next cold cycle begins.

One other aspect of sea level rise that is rarely discussed, but just as important, is the fact that the land masses are never static. In fact, some coastal areas are sinking much faster than the sea levels have been changing.

In another study from the U.S. Geological Survey, it is noted that:

Some areas of the planet see the land rise as glaciers shift around and melt.  “During the last glacial period, one single big glacier covered what is today Scandinavia,” explains Sven Knutsson, Professor of Soil Mechanics at the Technical University of Luleå in Sweden. In its center, the glacier was about 3,000 metres thick, and its immense weight pressed the ground down. As the ice retreated about 10,000 years ago, the ground began to lift. This post-glacial uplift continues today — up to nine millimetres each year.

In other words, changes in the elevation of land masses happen all the time for a variety of reasons…natural and otherwise….and those changes impact the sea level in any one coastal area as much or more, in some cases, than any change in the global cryosphere!

Nothing in nature is simple, yet “science by tweet” and “social media science class” tends to trump any common sense approach to complex issues.