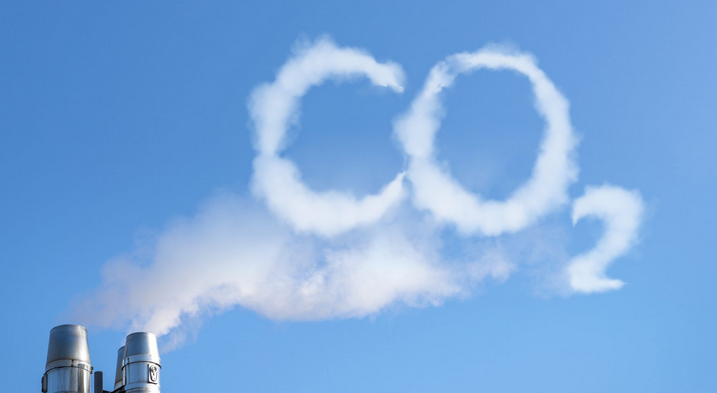 Posted at 21:37h in Climate, Featured by Mike Thompson

Bear with me a little bit on this post as I am going to get a little bit technical, but it’s necessary so that you understand how CO2 works in our atmosphere. Decades of misinformation about carbon dioxide have taken their toll, and we are making huge policy mistakes as a result.

Just to set the stage…in 1936, Kansas City had 52 days over 100 degrees. CO2 levels were 100 ppm LOWER than they are now. The last 100 degree day in Kansas City was August 5, 2018…826 days ago! The fact is that the increase in CO2 is having beneficial effects…by greening the planet, and enhancing plant growth. More on that in a later post.

We have long known the undisputable fact that the absorption of energy by carbon dioxide in the atmosphere is logarithmic. The first 20 parts per million (ppm) of CO2 does most of the work.

Above 20 ppm, the energy absorbed then reemitted by CO2 diminishes rapidly to the point that adding more CO2 to the atmosphere has essentially no impact on temperature whatsoever.  That is because CO2 only absorbs infrared radiation within a very small slice of the infrared spectrum. And, it has to compete with water vapor for a lot of that radiation…as water vapor absorbs a much greater portion of the infrared light spectrum.

The best way to think of this is to imagine putting one blind on a window. That blind will block out most of the sun. If you put a second blind on the same window, it will take care of any sunlight that leaks through the first blind. If you add a third blind, there will be almost no sunlight left to block. And, any subsequent addition of blinds will do nothing at all, as there will be no more sunlight left to block out.

Right now, we have about 410 ppm of CO2 in the atmosphere…basically the equivalent of putting 200 blinds on one window to block out the sun. In other words, we can add all the CO2 we want to the air and it won’t have any impact on warming the planet at all.

In fact, a recent study by physicists William Happer and William van Wijngaarden confirms that we have reached the point where adding more CO2 or water vapor to the atmosphere is moot.

Water vapor is the most important of the two. It handles about 95% of the stabilization of the earth’s temperature at livable levels. CO2 piggy backs on water vapor, and handles the infrared absorption in areas where water vapor is limited.

“For the most abundant greenhouse gases, H2O and CO2, the saturation effects are extreme, with per-molecule forcing powers suppressed by four orders of magnitude at standard concentrations...”

In other words, we have reached a point in our current climate system where there can be no more warming due to the presence of water and carbon dioxide in the air.

Another important point is that CO2 and H2O, the two primary greenhouse gasses, actually play a huge role in stabilizing the temperature of the planet, and cooling the planet.

When either of those gasses absorb infrared energy, their molecules are energized…they heat up…and rise upward until they cool off then release that energy back into the upper atmosphere. Without this convective effect, the planet would be much warmer. Out planet is cooled by convection (updrafts) and without water or CO2, convection could not occur. Oxygen and nitrogen which comprise 99% of the atmosphere, are very good insulators. So, without the greenhouse gasses, the air would not mix vertically and the heat would build up next to the surface of the Earth.

The other beneficial aspect of higher CO2 levels is plant growth.  Below 150 ppm, plants (our food supply) die off on a massive scale. Even below 500 ppm they are not as hardy as they would be with CO2 concentrations around or above 1,000 ppm. Pierre Gosselin writes that current carbon dioxide levels are still dangerously low!

Instead of aggressively trying to reduce carbon dioxide…we should focus our attention on more productive things. All we are doing by taking steps to limiting CO2 production is spending a lot of money on something that will make no difference to the climate and kill our economy in the process.